La Liga champs Real Madrid might have a new star already in their ranks in Marco Asensio. 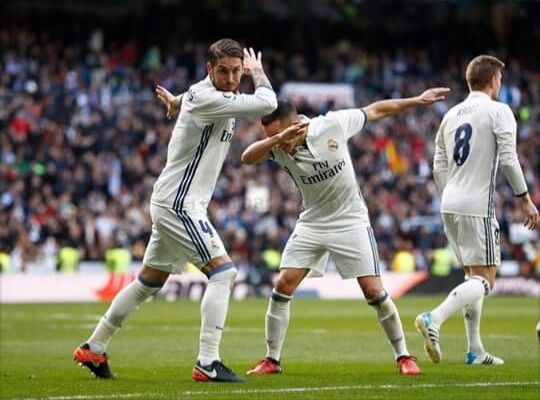 The forward has been in brilliant form of recent. He netted a wonder strike against rivals Barcelona in the SuperCopa second leg at the Bernabeu after scoring in the first leg at Camp Nou.

The 21-year old has scored in almost every debut that he has made of recent, making him the star man in the team. In the absence of Cristiano Ronaldo, he is expected to get more game time and establish his profile as one of the biggest prospects of Spanish football.

The most exciting thing about Asensio is his rise to the occasion in high profile games. He netted on his La Liga, Champions League, Copa del Rey and UEFA Super Cup debuts aside the Supercopa.

Asensio drove a dagger into the hearts of the Catalan side on Wednesday – a side that is struggling to get replacement following Neymar’s shock move to PSG this summer. Barca are struggling with poor confidence and the youngster that they had the opportunity to sign for just $6 million just made the situation worse for them.

Barcelona sporting director Andoni Zubizarreta noted the player’s abilities back in 2014 and wanted the club to sign him. His asking price was deemed high so they club officials refused to sanction thw deal with Mallorca. Madrid swooped in back in 2015 and after two years they have started receiving the dividends on a platter of gold.

Asensio played in the Under-19 European Championship following his first team debut in 2013/14 at 17 years. He was Player of the Tournament as he led Spain to victory. He featured on a loan deal at Espanyol, where he scored four goals and had ten assists. He missed the list for Euro 2016 but he made his international debut last year. Since returning to Madrid he has been steadily building his profile. All hail the latest star at the Bernabeu!