Arsenal goalkeeper Aaron Ramsdale produced one of the best goalkeeping displays in recent memory on the Premier League scene as the Gunners sealed a 2-0 win over home team Leicester City on Saturday afternoon. 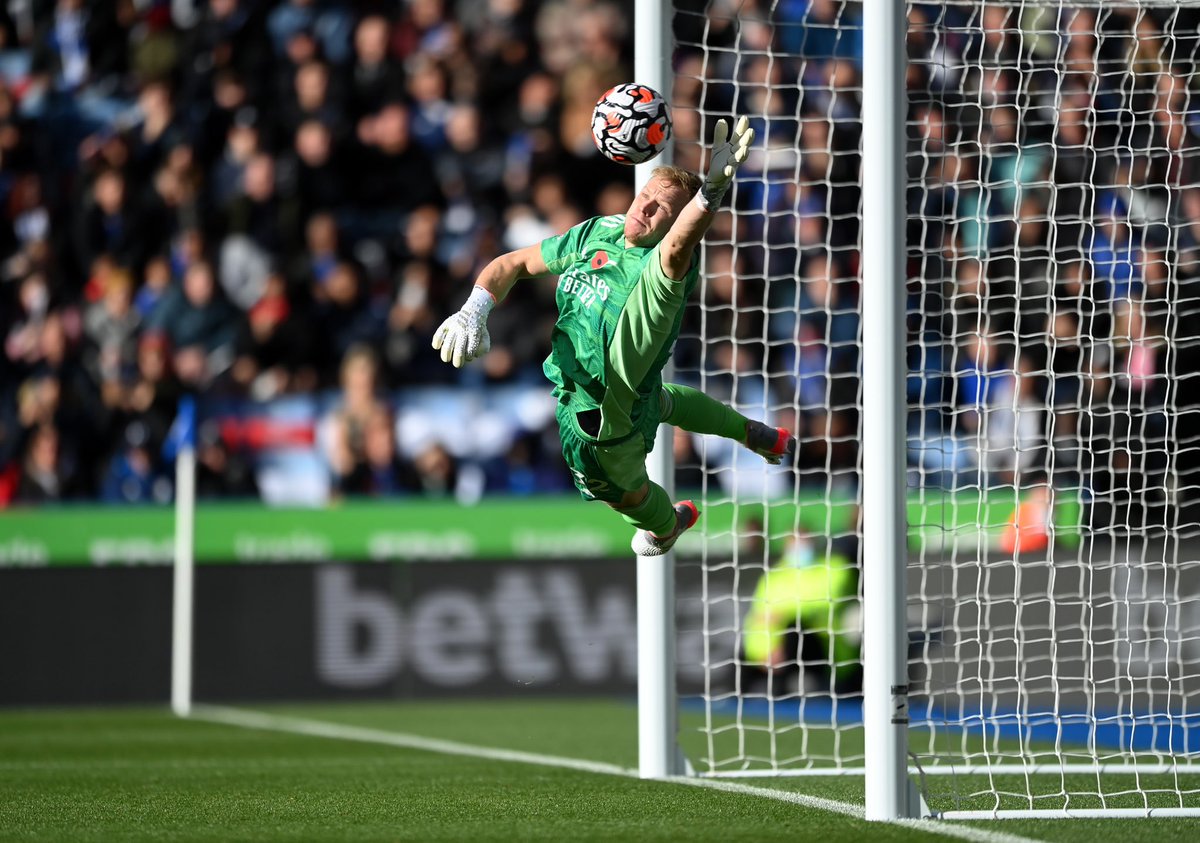 The Gunners made a bright start and they went ahead on five minutes through Brazilian defender Gabriel Magalhaes off the corner kick from Bukayo Saka who was making his 100th appearance for his North London side. Ramsdale and Saka both played their part in the win over the Foxes. They were both part of the 26-man England squad to the Euro 2020 tournament.

Saka and Ramsdale came close to winning the Euro 2020 tournament with the Three Lions of England on home soil before they were beaten by the Roberto Mancini-led Italy team on penalties in the final. Italy won the Euro 2020 title thanks to the 3-2 penalty shootout victory over the English team.

Gabriel got Arsenal to a flying start and things got better when Emile Smith-Rowe scored a second Arsenal goal on 18 minutes after good work from both Bukayo Saka and Alexandre Lacazette on the right side of the attack.

Ramsdale denied Leicester City on two occasions in the first half. He made a fantastic save to deny Nigerian striker Kelechi Iheanacho before making an even better save to stop a James Maddison free-kick from finding the back of the net. The ex-Sheffield United and Bournemouth goalkeeper also stopped substitutes Harvey Barnes and AdemolaLookman from scoring in the second half.

In total, Ramsdale made eight saves to earn his clean sheet against the Foxes. The summer signing has four clean sheets in seven Premier League matches on the back of his transfer from Sheffield United in the summer. The Gunners paid an initial fee of £24m for Ramsdale and the transfer fee could rise to £30m based on add-ons.