Bologna striker Marko Arnautovic scored one of the goals as Austria produced one of their best results in recent times with the 3-0 win at Croatia in Group A1 of the UEFA Nations League. The Euro 2020 participant was the recipient of the first goal of the game in the 41st minute after good work from fellow attacker Karim Onisiwo. The two front men combined to give Austria a shock lead over hosts Croatia at the half-time interval. 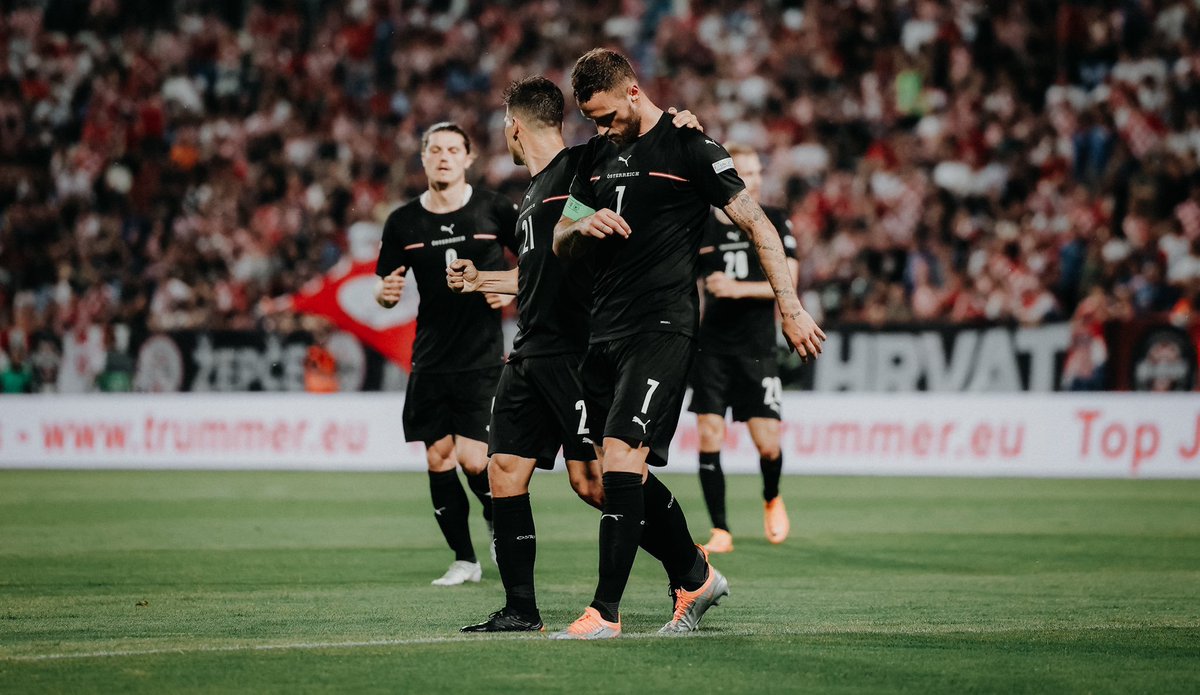 The Austrians looked like a different team entirely with German tactician Ralf Rangnick in charge of the first team in comparison to the team that lost to Wales in their World Cup 2022 qualifying playoff tie from the European section in March. They were beaten 2-1 by the Welsh team who had Real Madrid star Gareth Bale to thanks for scoring the two goals. Wales will now meet with Ukraine in Cardiff City on Sunday for a place at the Qatar 2022 World Cup. The Ukrainians beat home team Scotland 3-1 at Hampden Park in Glasgow to secure a playoff final meeting with Bale and his Wales colleagues.

Austria wrapped up the away win over the Croatians within twelve minutes of the second 45 minutes after two goals in three minutes. Red Bull Salzburg star Maximilian Wober produced two assists in those three minutes to send Austria clear at the top of Group A1 as far as the Nations League is concerned for the 2022/23 season. Wober produced the assist for Augsburg attacker Michael Gregoritsch to score the second Austrian goal on 54 minutes before he provided the assist for Bayern star and Euro 2020 participant Marcel Sabitzer to score the final goal of the game on 57 minutes.

The Austrians are top of Group A1 after Denmark came from behind to beat world champions France 2-1 in the other group game. Euro 2020 participant Benzema scored the lone goal for the French team, while substitute Andreas Cornelius scored a brace for the visitors.