There are reports of fuel scarcity in France ahead of the continental games due to start next month. The collision between the French government and the country’s largest union federation threatens to paralyze the country two weeks before the Euro 2016 football championship. 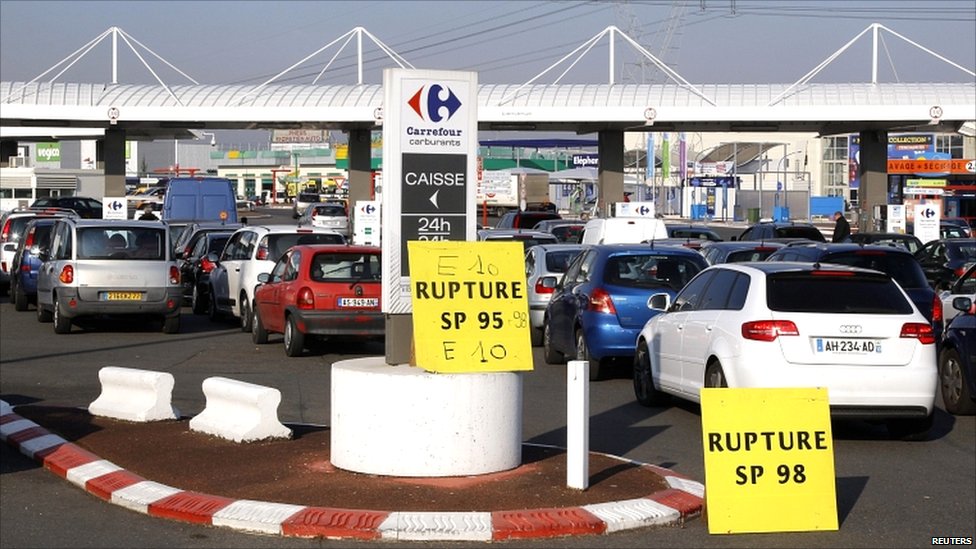 One quarter of all French petrol stations were closed or running short of fuel after the militant CGT union federation blockaded refineries and depots in a dispute over reforms of employment law. The government sent in riot police to clear pickets from a large refinery near Marseille and it forced the union federation to retaliate by calling for strikes in all eight of the country’s refineries.

The Confédération Générale du Travail (CGT) – the largest and oldest of the eight multi-industry trades union federations in France – has also called for an open-ended strike on the Paris Metro from next Thursday and a strike on the French railways from next Thursday. CGT has also called for a one-day strike in power stations on Thursday. CGT also called a strike by air traffic controllers for three days the weekend after next, the weekend before the football tournament begins.

This has left motorists with the difficulty in getting fuel. The government blamed the shortages on panic buying by motorists and said that despite the strikes and blockages normal supplies of fuel were available. Officially, the government dismisses any possibility of disruption to the Euro 2016 football championship, which begins two weeks on Saturday. Unofficially, there are fears that the dispute could continue for many days and could become more entrenched and even violent.

The French government are still on high security alert following the November jihadist attacks, in Paris. They also face a nerve-racking time during the month-long  competition as more than 500,000 fans from the UK alone are expected to cross the Channel – half of them without tickets. Fans are being pointed to this site as a chance to actually get hold of tickets, and being warned to stay away from the stadiums if they do not have tickets.