Arsenal manager Mikel Arteta was full of admiration for Bukayo Saka after the Chelsea game in the Premier League on Wednesday after he sealed the 4-2 victory over the European champions with a successful penalty in the second minute of stoppage time. 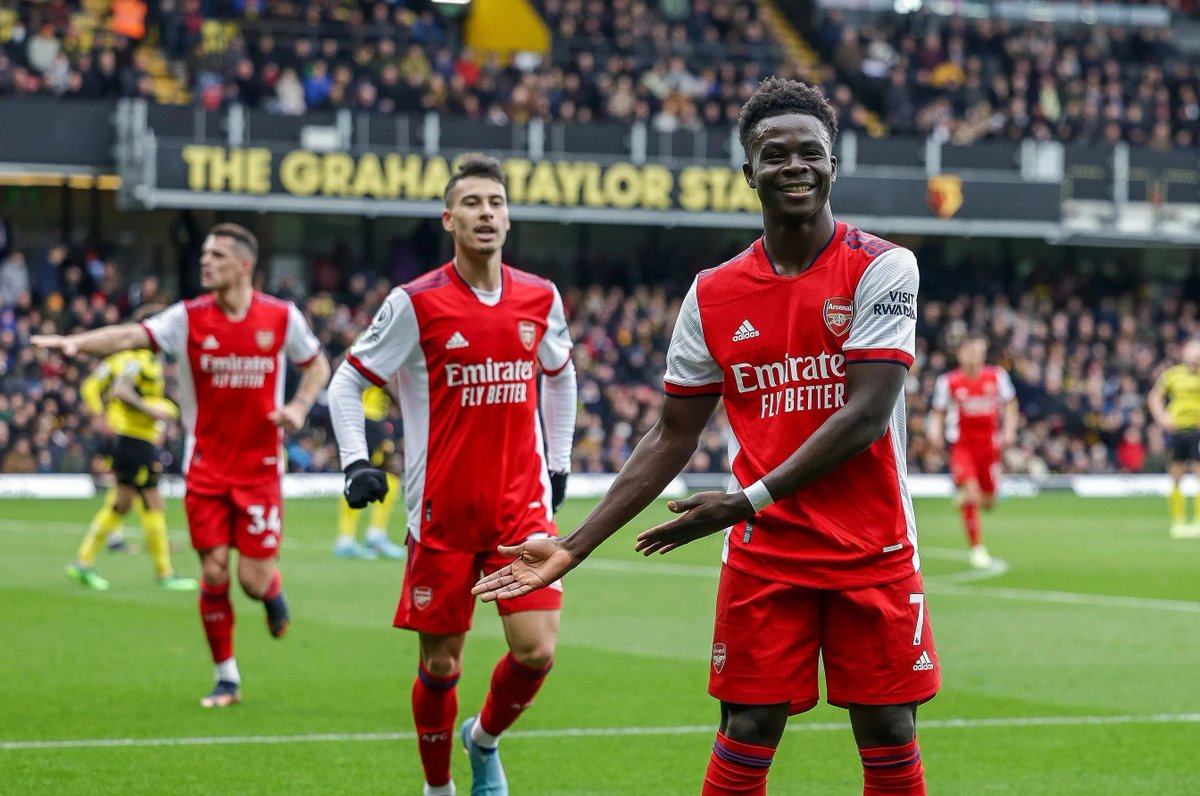 Arteta told reporters that he thought Brazilian substitute Gabriel Martinelli would take the penalty after Saka was adjudged to have been foiled in the box by Chelsea skipper Cesar Azpilicueta. Saka demanded the ball and he was able to beat Edouard Mendy in the Chelsea goal to wrap up the win for the Gunners and banish the memories of the heartbreak from the Euro 2020 final last summer. The Arsenal attacker missed the decisive penalty during shootout as England lost the Euro 2020 title to Italy. Apart from Saka, the Manchester United duo of Jadon Sancho and Marcus Rashford also missed their respective spot kicks as Italy beat England 3-2 on penalties to win the Euro 2020 tournament.

The successful penalty ensured that Arsenal got back to winning ways in the league after a poor run of three straight defeats threatened to derail their target of qualifying for Champions League football this season. After a run of six wins in seven league games propelled them to fourth spot on the league table, Arsenal managed to lose to London rivals Crystal Palace, Brighton & Hove Albion and Southampton thereby losing their grip on fourth spot and dropping two places to sixth spot. However, an impressive away win over the Blues has been able to reinforce their fight for a top-four place that will ensure qualification for Champions League football ahead of next season.

Arsenal are now in fifth spot and level on points with North London rivals Tottenham Hotspur in fourth spot ahead of the final six games of the season for the two teams. Both Spurs and Arsenal are also scheduled to face each other in one of those games.